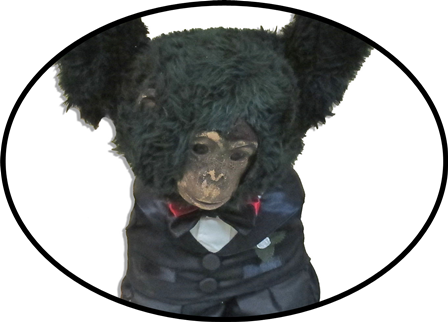 For many years, Charlie the Chimp could be seen somersaulting in the window of Gordon Scott’s shoe shop in Solihull High Street.

In 2014, after becoming completely exhausted, Charlie came to spend his retirement at The Core Library, Solihull. His place in the shop window was taken by his “younger brother”, Gordon.

In August 2017, it was announced that the Gordon Scott shop would  be closing down on 7th September. Several generations of Silhillians have fond memories of watching Charlie so, although no longer able to somersault, Charlie is making a guest appearance in the Heritage Gallery at the Core Library, Solihull until 27th September 2017.

Do stop by and see him, and tell us your memories of coming to watch him in the past.