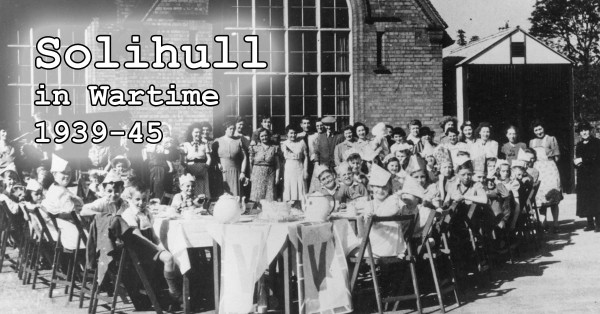 To mark the 50th anniversary of V. E. Day in 1995, Solihull Libraries collected people’s memories of wartime Solihull and published them in a booklet which was available from the library.

In 2004, to mark the the 65th anniversary of the outbreak of the Second World War, we converted the booklet into an electronic format.

END_OF_DOCUMENT_TOKEN_TO_BE_REPLACED 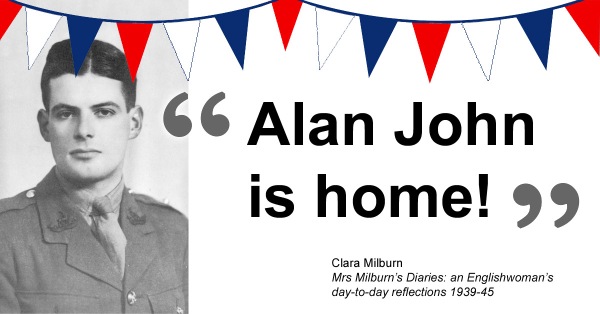 “Burleigh in Wartime” was the title written in February 1940 by Clara Milburn on the first page of a soft-backed exercise book. After five months of war she had decided to write a day-to-day account of how she and her small part of the English countryside faced the trials and tribulations of a country at war. Extracts from what turned out to be 15 such exercise books were published in 1979 as Mrs Milburn’s Diaries: an Englishwoman’s day-to-day reflections 1939-45.

END_OF_DOCUMENT_TOKEN_TO_BE_REPLACED 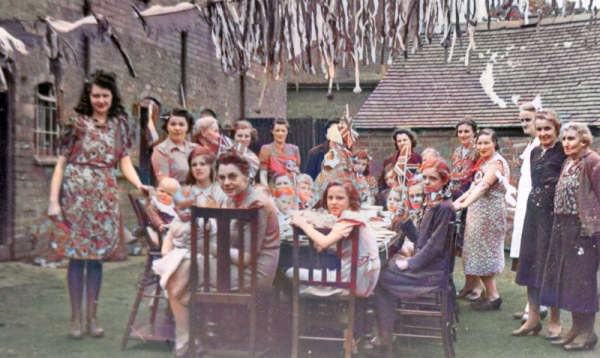 Tuesday 8th May 1945, Victory in Europe Day, saw much rejoicing as the fighting in Europe officially came to an end and some of the men held as prisoners of war started to return home. At 3pm on Monday 7th May Prime Minister Winston Churchill made the official announcement that the following two days would be public holidays. However, it’s clear from newspaper articles in the Warwick County News that people were very mindful that war with Japan was still ongoing. The newspaper summed up the local celebrations as:

“typical of others throughout the land where people had gathered together to give thanks that the nightmare of the last grey years was over, and, while remembering that men in far distant lands were still in danger of their lives, to enjoy the day that their individual effort had made particularly their own” (Warwick County News, 12th May 1945)