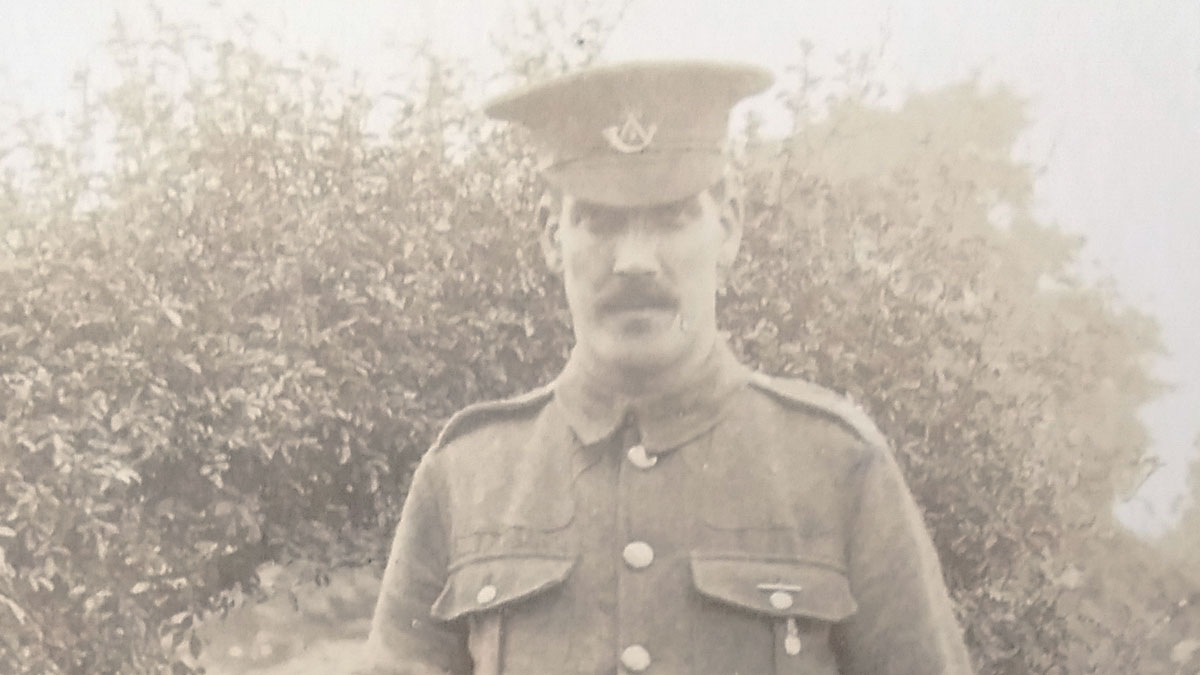 Thomas Freeman of Hockley Heath died of wounds on 9th December 1915 whilst serving as a Private with the Oxford and Buckinghamshire Light Infantry. He is buried in France at Sailly-sur-la-Lys Canadian Cemetery and also commemorated locally on Hockley Heath village war memorial, and on memorials at St Thomas’s Church, Hockley Heath, and Umberslade Baptist Church.

He was commemorated at a service on 3rd September 1916 at St Patrick’s Church, Salter Street, which gave his date of birth as 27th March 1886. This would suggest that his full name was Thomas Ernest Freeman, son of Ellen Freeman, and who was baptised at St Thomas’s Church, Nuthurst on 25th July 1886. Umberslade war memorial also includes mention of a T.E. Freeman.

It looks as if Thomas grew up in Tanworth-in-Arden living with his grandparents, Charles (1828-1899) and Susannah (1832-1908) and two of their sons who were only ten and eight years older than Thomas.

In 1891, Tom, as he was known, was aged 15 and recorded as an agricultural labourer. In 1911, he was lodging with a family on Stratford Road, Hockley Heath, and was recorded as a sawyer working in a timber yard.

After spending a few years in Tanworth, the couple moved to James’s home town of Beoley, Worcestershire around 1900, and they remained there until at least 1911. They had 13 children, of whom one died in infancy.

One of James and Ellen’s son, James Frederick Ganderton, is also known to have joined the Machine Gun Corps when he was aged 18 years and one month. He enlisted on 10th December 1915, the day after his half-brother Thomas was killed. James was posted to Army Reserve the day after he enlisted and was not mobilised until 30th September 1918. He was invalided out of the Army, aged 21, in February 1919 with chronic bronchitis, which it was noted on his service record was not attributable to his war service. He died on 10th June 1920, by which time his mother was living in Highgate Road, Sparkbrook. He is buried at Brandwood End Cemetery, Birmingham. Ellen Ganderton’s death, aged 70, was registered in Birmingham between January-March 1940.

Thomas Ernest Freeman married Amy Smith in the Solihull district between January-March 1914. They had one daughter, Phyllis Amy Freeman (1915-1997) who was born on 2nd March 1915. She married Henry Graham Brazier in 1939.

If you have any more information about Thomas Freeman, please let us know.