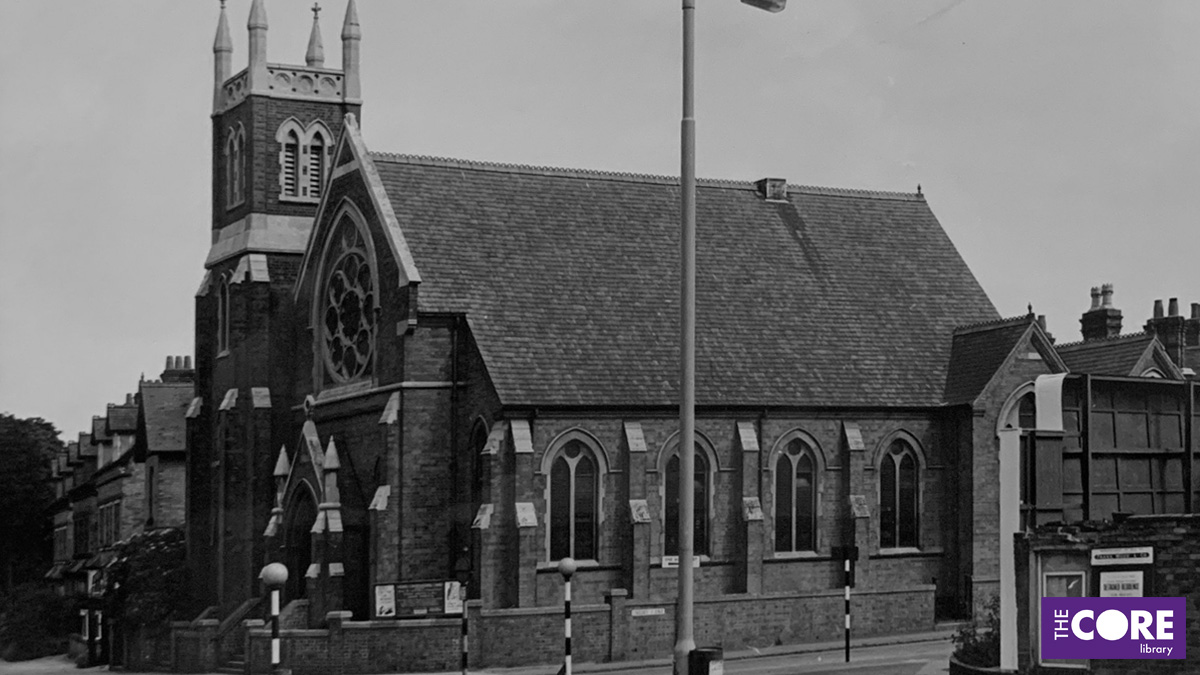 On 24th January 1953, Miss Constance May Podesta from Solihull married Mr Charles Turner, a Methodist preacher and retired pattern-maker from Coseley. The marriage took place at Solihull Congregational Church, where Miss Podesta, known by her middle name, May, had been organist since about 1937.

The wedding made headlines in local and regional newspapers because the bride was aged 47 and the groom was described an an 84-year-old widower, although he was actually aged 85 at the time of the marriage.

Please forgive the difference in our ages. We met casually as guests at the same hotel and gradually found that we had similar tastes. We went for walks through the woods.

The hotel in question was in Weston-super-Mare, where both were convalescing in March 1952. Charles Turner, of Philip Street, Coseley was a Methodist lay preacher who had been actively preaching in the Tipton area for 65 years. He was born on 12th May 1867 and worked as a pattern-maker. He gave up preaching to nurse his wife, Martha (née Hancox), whom he married in 1890. She died in 1951. The couple are not known to have had any children. Mr Turner’s housekeeper at the time of his marriage described him as:

a most remarkable old gentleman who on occassion can act like a boy of 16. Of Miss Podesta she said: ‘He has never spoken about her to us, but it was obvious when he was popping out to telephone that he was very interested in someone

Constance May Podesta was born in Truro, Cornwall in 1906. Some sources give her date of birth as 5th May, whilst others give 5th June. She was the second child of parents, Thomas Alfred Podesta (1874-1958) and Elizabeth Murray (1874-1909) who had married in Birmingham in 1902. The couple also had another daughter, Elizabeth Elsie Podesta (1903-1993) who was an assistant at Bristol Public Library in 1939 and married Richard Stokes in 1941.

Thomas Podesta was an accountant and, although he had been born in Aston, Birmingham he moved to Truro with his wife around 1902/3. The girls’ mother, Elizabeth, seems to have died in 1909, aged 35, when her daughters would have been aged six and three. The 1911 census shows the two girls living in Wimbledon with their father’s married sister, Zilpah Edith Bobbett (1872-1964), known as Edith. The girls’ father, Thomas, was boarding in Compton Gifford, a suburb of Plymouth.

By 1939, Edith was herself widowed and living at 52 Drury Lane, Solihull, with her niece, May Podesta. May was listed as a general builder’s clerk, although we know she also gave piano lessons to local people. She apparently gave up teaching after her marriage.

The wedding took place at Solihull Congregational Church, Warwick Road, (pictured at the top of this page in June 1964) and was witnessed by many local well-wishers, with a crowd of about 40 people outside the church. Miss Podesta was described in the Warwick County News as wearing “a pink woollen pleated dress with a white fur cape and felt hat covered with gold leaves.”

A reception for about 80 friends was held in the Church school room in Union Road, after which the bride and groom left for a quiet 10-day honeymoon at a country hotel at Bridgnorth. The couple then settled down quietly in Solihull.

If you have any further information, please let us know.

© Solihull Council, 2021.
You are welcome to link to this article, but if you wish to reproduce more than a short extract, please email: heritage@solihull.gov.uk