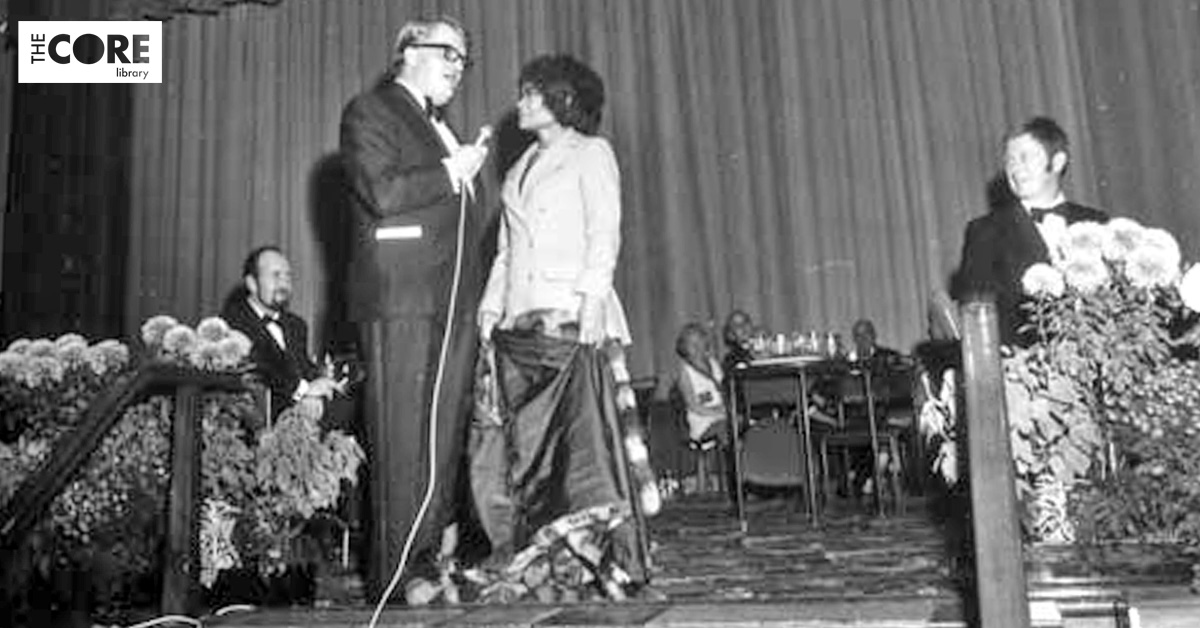 The club was billed as the “Midlands Largest Theatre Club” and the opening night star cabaret included:

Newspaper advertisements noted that the cabaret would start at 8.30pm and that the floor would be available for dancing after the show. A gift of a box of Cadbury’s Milk Tray chocolates would be given to all ladies and there would be waiter service plus a limited number of reservations for the 18/6 Steak Bar Dinner.

The photograph at the top of this page shows singer Eartha Kitt (1927-2008) appearing at the Cresta Theatre Club, where she performed for eight days from Sunday 18th April 1971.

On 29th July 1971 The Stage reported that the Cresta Theatre Club had closed down for two weeks for “a completely new face lift, which includes remodelled frontage, sound system, mechanised stage, drapes, carpeting, indeed – the lot. In all the cost will be somewhere in the region of £10,000.”

The Club, by now owned by brewers Watney Mann Ltd, reopened in August 1971 as The New Cresta Cabaret Restaurant, seating up to 700, and under the management of Bernie Burgess.  Bernie Burgess was a member of successful television and recording vocal quarter the Four Jones Boys and had married popular Irish singer, Ruby Murray, in 1957. Ruby Murray topped the bill at the New Cresta on its opening night in August 1971.

The Gala Night starred Sacha Distel and was a sell-out but The Stage of 31st March 1977 reported that cabaret had been reduced to four nights per week (Wednesday-Saturday) in some of the summer months, and that the facilities had been adapted to accommodate a wide range of activities including boxing, darts, and a heat of the National Dairy Queen contest.

An article in the Birmingham Daily Post, 18th March 1978 noted:

The atmosphere is entirely relaxing, the decor tastefully muted and the lighting is soft. It is not intended to be a sophisticated expensive night spot for business executives with their escort girls. Nor is it a place into which you stagger after the pubs close. It is a place to go for a pleasant night out in an atmosphere of warmth and intimacy, where you might see entertainers such as Tom O’Connor, Pan’s People, the Grumbleweeds, Gerry and the Pacemakers, or new talent with a future such as the Birmingham singer Johnnie Carroll.

Bernie Burgess resigned as General Manager in 1974 and, via his company Applause Unlimited, became the sole booking agent for the venue until live cabaret declined in the early 1980s.  He was succeeded as General Manager by Ian Reid (1974-1975), Tony Wilkinson (1976-1981) and Piers Wicker (1981-1982). By 1982, when Robyn Eames took over as General Manager, the new Cresta Club was owned by Arden Taverns.

In 1980, the club won the Club Mirror Cabaret Club of the Year, having been runner-up the previous year. It increased its turnover by 34 per cent up on that of 1978 and also raised £50,000 for charity.

The New Cresta Cabaret Restaurant had a £40,000 facelift during its annual closure in the summer of 1980, including a new look for the front entrance, improvements to the air conditioning and cloakrooms, and an extension to the gift shop. Despite the economic recession, General Manager Tony Wilkinson said that advance bookings were promising.

We don’t seem to have a record in the archives at the Core Library indicating when the New Cresta Club closed but 1982 seems to be the final year of The Stage reporting details of performances at the club.

A planning application to turn the venue into a private member snooker hall was approved by Solihull Council in November 1984 and the premises subsequently became Riley’s.

If you have any further information about the club, please let us know.

© Solihull Council, 2020
You are welcome to link to this article, but if you wish to reproduce more than a short extract, please email: heritage@solihull.gov.uk