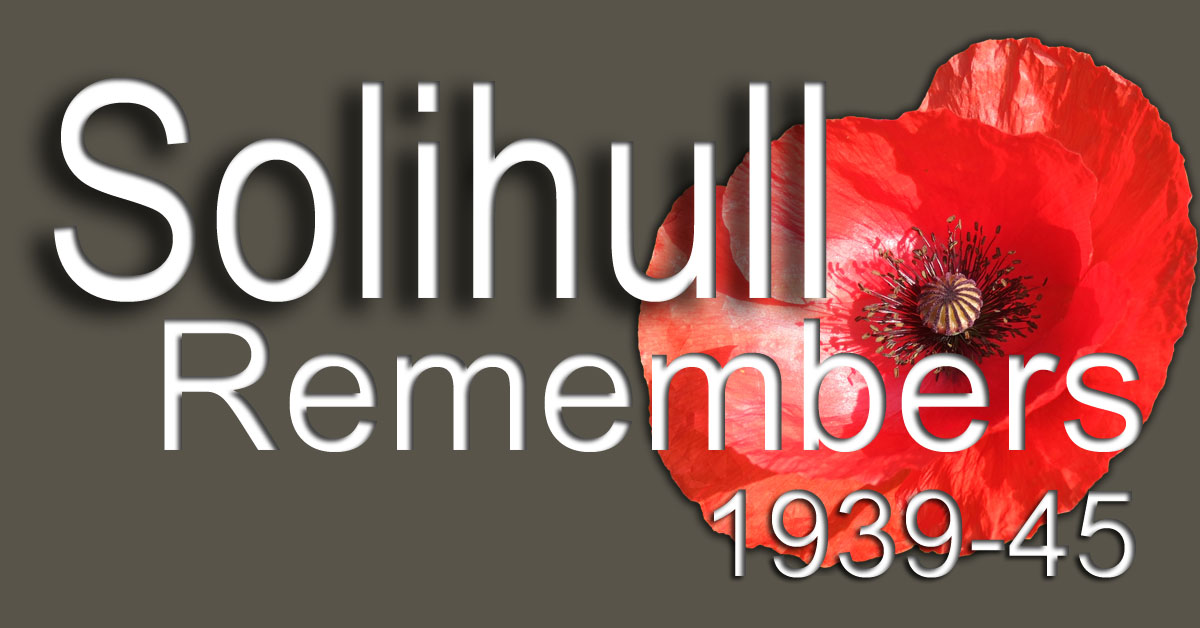 During the Second World War Solihull Urban District experienced 358 air-raid warnings and 49 raids, with 41 people killed. 78 people were admitted to hospital with their injuries and 198 people with minor injuries were dealt with at First Aid posts.

There were 492 high-explosive bombs dropped on the district, with 49 houses totally destroyed and 3,850 houses damaged. One enemy bomber came down near Wythall, and three of her crew were killed.

After one of the raids in November 1940 an unexploded bomb was found in Malvern Park, Solihull, having narrowly missed St Alphege Church.

These figures are all from the Birmingham Daily Gazette, 2nd October 1944.

Further details of the 36 casualties whose names we know are on Solihull Council’s website.

Councillor H. T. Lavender, a keen amateur film-maker, captured this silent footage of the aftermath of the bombing of Alston Road, near Solihull Gas Works, on 27th July 1942, in which all six members of the Pinder family. were killed at no. 25.

Back in 2014, staff at Solihull Libraries, working with local historians across the borough, embarked on a project – Solihull Remembers – to create a definitive list of those with a connection to the borough who lost their lives as a result of the First World War. The individual stories we found are on this blog – just click on the First World War menu at the top of the home page or search for First World War.

As we mark the 75th anniversary of V. E. Day, we want to begin creating a list of Second World War casualties with a local connection. Unfortunately, as the service records for those who served 1939-45 are still confidential, it’s more difficult to find those with a connection to the local area.

We are beginning with the names of those who are on local war memorials, but if you have any information – e.g. of relatives from anywhere that’s now in the Solihull borough – who died as a result of the Second World War, please let us know.