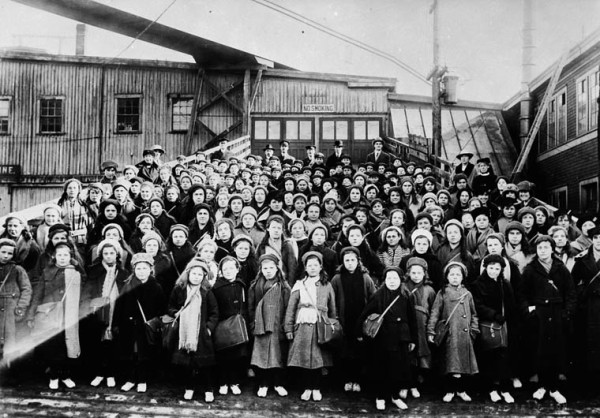 The 28th September is British Home Child Day in Canada. This is a day to remember those children sent to Canada from the children’s homes and charities in the United Kingdom between 1869 and 1948. Over 100,000 were sent to be indentured farm workers or domestics and we know of 17 British Home Children originally from the Solihull district (births in the Solihull registration district also included places such as Yardley and Acocks Green at the time).

END_OF_DOCUMENT_TOKEN_TO_BE_REPLACED

William Asbury was born in Birmingham in 1889 to parents, William (an iron caster) and Emma. He was baptised on 7th July 1889 at St Stephen’s Church, Birmingham. His older sister, Alethea, and younger brother, Thomas, were also baptised there in 1887 and 1894 respectively.

It looks as if their father, William (senior) died in 1894 at the age of 34 and their mother seems to have died, aged 36, at the end of 1897. However, she is still listed as next-of-kin with an address of 51 Princip Street, Birmingham when the three children were all admitted to Marston Green Cottage Homes on 5th January 1898. They seem to have remained there throughout the rest of their childhoods. The Homes had opened in January 1880 to accommodate children who would otherwise have gone into Birmingham Workhouse (now the site of Dudley Road Hospital).